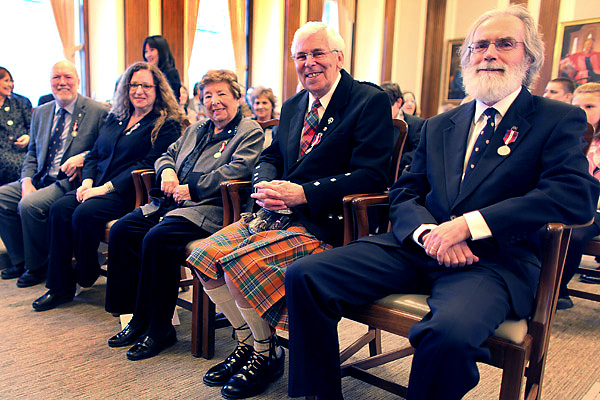 University Professor Marla Sokolowski (second from left) is one of five from University of Toronto to be honoured with a Queen Elizabeth II Diamond Jubilee Medal which were presented on Feb 14, 2013 by the Royal Society of Canada. Marla is part of the Graduate Faculty in the Department of Ecology and Evolutionary Biology and Academic Director Fraser Mustard Institute for Human Development, University of Toronto