Stephen Wright (EEB) & Nicholas Provart (CSB) awarded $1 million to develop visualization tools and applications to accelerate advances in plant biology, which are important for feeding, housing, clothing and providing energy to the world’s growing population. Both Professors Wright and Provart are members of the Centre for the Analysis of Genome Evolution and Function, CAGEF 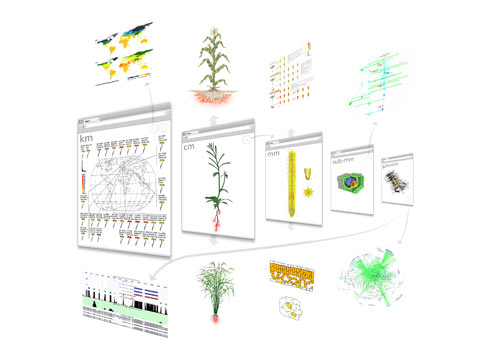 New technologies allow plant biologists to identify important DNA sequences in an organism’s genome. Among other things, these advances have helped gain insight into the expression level of genes in many different parts of plants under different conditions, the interactions between the proteins present in organism and the 3D structures of these proteins. However, researchers still find it difficult to draw meaningful conclusions from the huge amounts of data that confront them.

The research team led by Professors Provart and Wright aims to develop data visualization tools and applications to accelerate advances in plant biology. Their contribution to making vast amounts of data easier to interpret will increase our understanding of plant biology, which is important for feeding, housing, clothing and providing energy to the world’s growing population.

Half the funding for Provart and Wright’s project will come from Genome Canada, the other half from the Moore Foundation and other sources.

See article in U of T News

Decoding a deluge of data