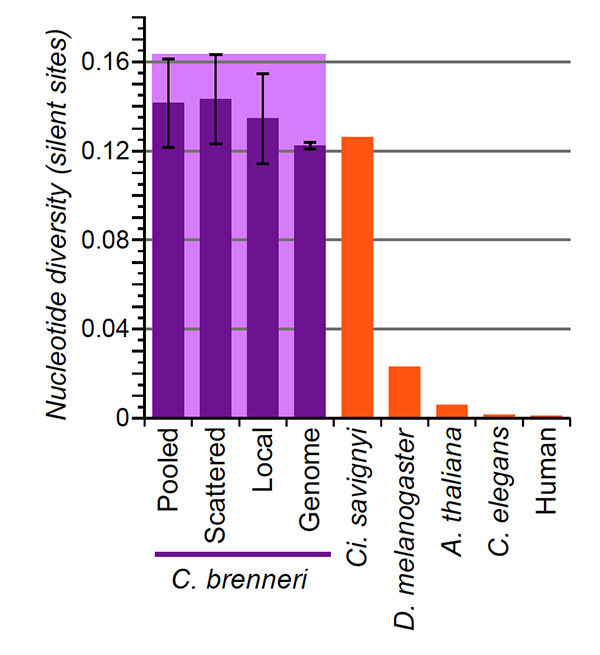 The biology of Sydney Brenner’s eponymous species of nematode,

Caenorhabditis brenneri, is little known to science, despite its famous sibling

Caenorhabditis elegans. Here we demonstrate that

C. brenneriharbors the most molecular diversity of any eukaryote, with its 14.1% of polymorphic synonymous sites between individuals being 150-fold greater than humans and most comparable to hyperdiverse bacteria. This diversity is not an artifact of cryptic species divergence but reflects an enormous pan-tropical population, confirmed by fully viable genetic crosses between continents, extensive intralocus recombination, selection on codon use, and only weak geographic genetic structure. These findings in an animal galvanize tests of theory about the evolution of complexity in genomes and phenotypes and enable molecular population genetics methods to finely resolve uncharacterized functional noncoding elements.