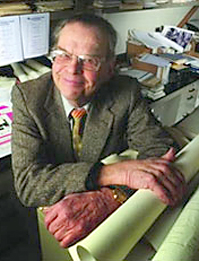 Harold Harvey’s career contributions were recognized by the Canadian Society for Ecology and Evolution in receiving an inaugural Honorary Lifetime Membership at the CSEE annual meeting in Montreal, May 2014. Harold, Chris Pielou and C.S. (Buzz) Holling each received this honour http://csee-scee.ca/wp-content/uploads/2014/08/Bulletin-no-16-En.pdf and the Harold’s contributions were summarized as follows:

“Harold H. Harvey was instrumental in identifying the acidification of North American aquatic ecosystems, and the impact this change had on the ecosystems. He devoted a great amount of his time to raise the consciousness of the Canadian and American public and policy makers to acidification problems. His numerous critical contributions eventually led to both countries imposing strict controls on emissions. His research and its impact on the public and policy makers ultimately minimized further degradation of hundreds of thousands of lakes and streams in North America thereby allowing their chemical and ecological recovery.”