Floral nectar functions to attract insects, so the inclusion of toxic compounds calls for explanation. Recent work shows that honeybees prefer nectars with low concentrations of caffeine and nicotine, and that associative learning by honeybees is enhanced by caffeine, prompting speculation that pollination service could be enhanced. We directly tested caffeine’s effect on pollination service by allowing bumblebee colonies to feed on arrays of artificial flowers that offer nectar while also dispensing and receiving dye particles as pollen analogues. With caffeine levels signaled by flower color (blue, green, or yellow) in a factorial design, flowers offering nectar with 10−5 M caffeine received significantly more pollen analogue than did those with 10−4 M caffeine or with no caffeine. Effects of caffeine were unaffected by which colors were associated with which caffeine levels: Color alone had no significant effect, and there was no interaction between color and caffeine level. In cases where greater pollination service translates to increased fitness, we would expect stabilizing selection to maintain nectar caffeine at intermediate levels. 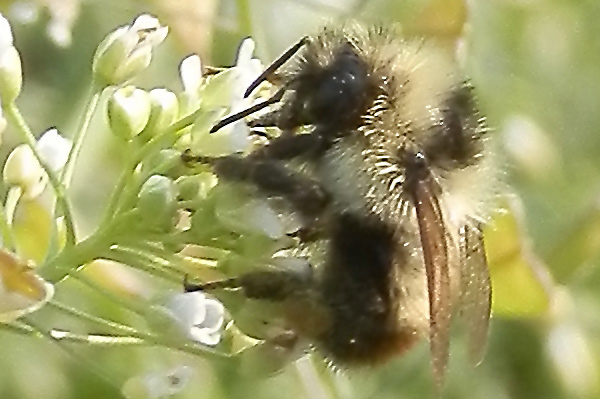 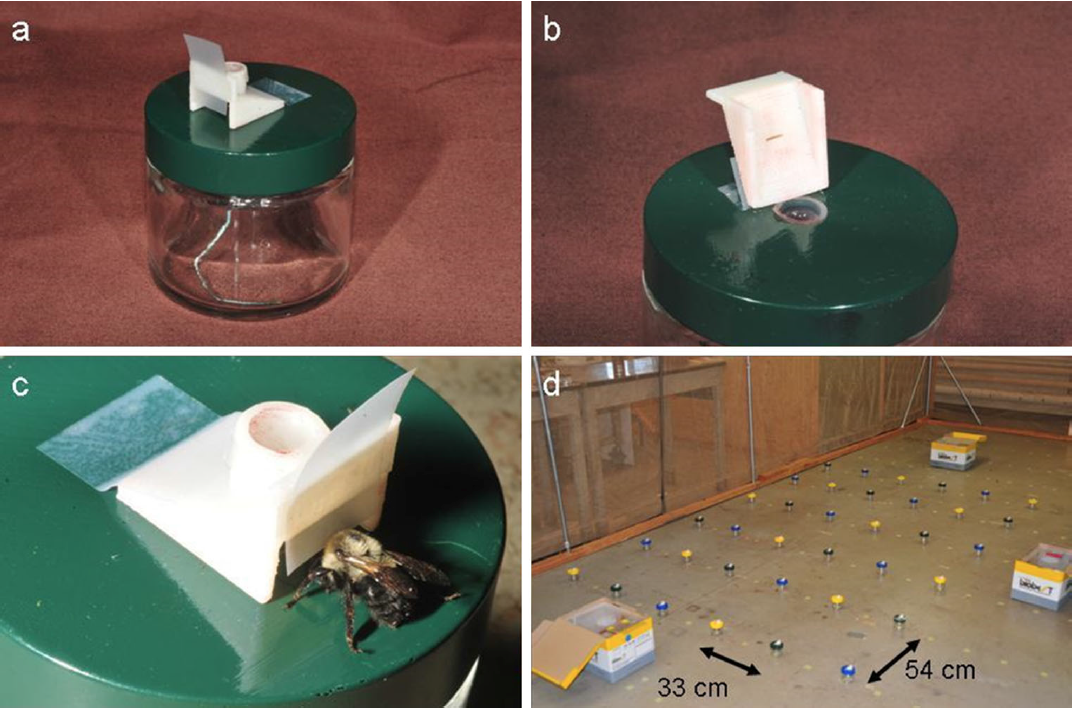 Fig. 1 Artificial flowers in replicate arrays used to simulate pollen dispersal by donating and receiving powdered food dyes. The well in the centre of the jar lid provides nectar by a capillary thread. As a bee probes under the hinged white plastic superstructure (made by 3D printing), powdered dye is dispensed through a slit on to its back. The sticky-tape “stigma” collects dye particles from incoming bees.