PhD candidate, Rachel Germain (Gilbert Lab) investigated macroevolutionary patterns of competitive interactions among annual plant species from Mediterranean grassland habitats. Her work shows that two types of competitive interactions with opposing outcomes for coexistence, stabilizing differences (promote coexistence) and fitness differences (preclude coexistence), evolve differently among species that occur in sympatry and allopatry. The net effect of these differences was that coexistence and phylogenetic distance were not related among sympatric species but showed a significant negative relationship with allopatric species. These results suggest that long-term assumptions of phylogenetic community assembly are flawed, and shows how the biogeographic histories of competitors have shaped their evolution. 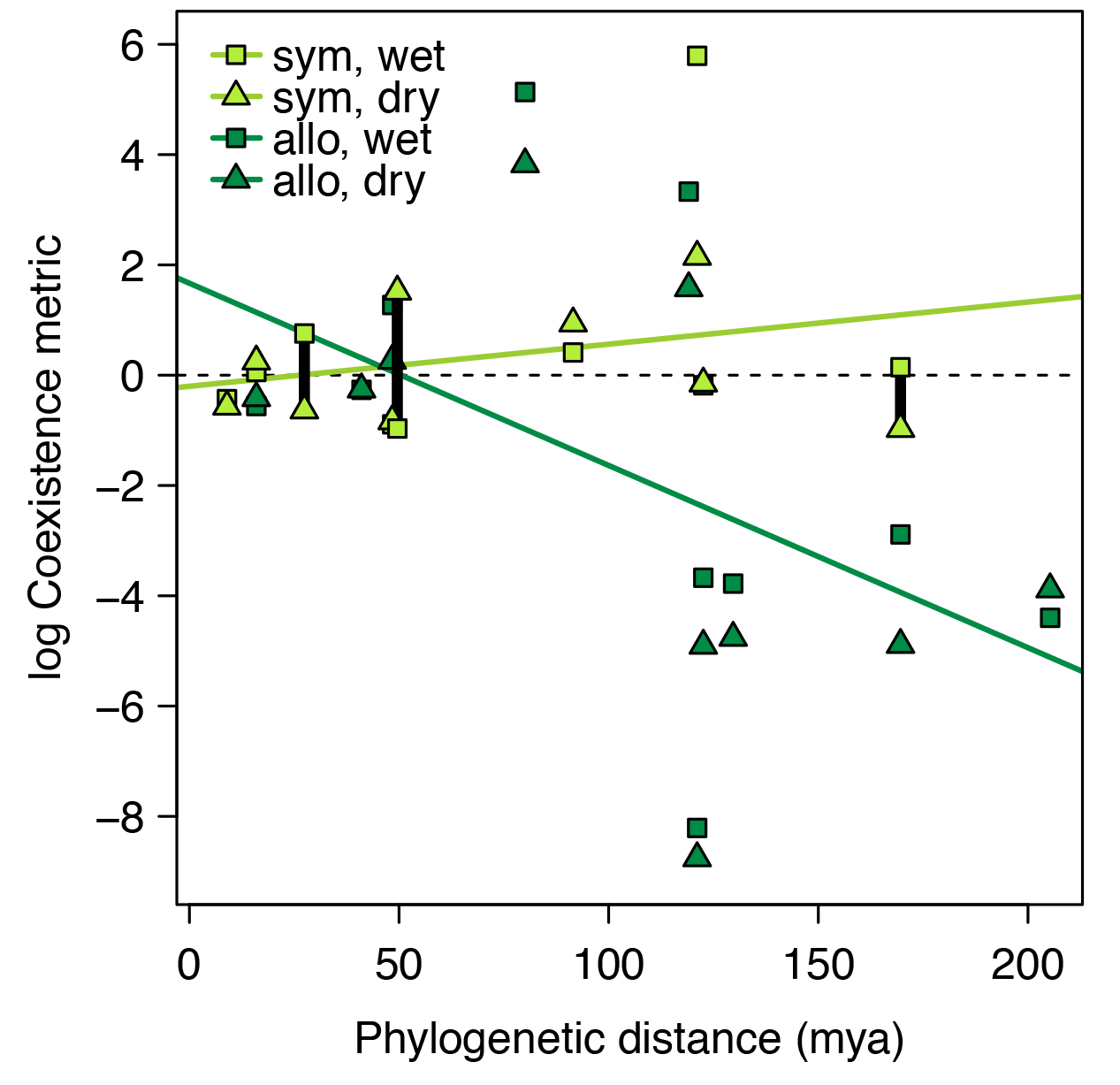 Fig. 3 The effect of evolutionary history on coexistence outcomes depends on biogeographic history. Species coexistence is not influenced by the phylogenetic distances of species pairs that occur in sympatry (light shade, slope not significantly different from zero), but the probability of coexistence decreases with the phylogenetic distance of allopatric pairs (dark shade). Species pairs were grown in wet (squares) and dry (triangles) environments, but soil moisture does not alter the effect of evolutionary history on coexistence (fitted lines are averaged across environments). The dashed line indicates the threshold between coexistence (positive values) and competitive exclusion (negative values)

Rachel presented a summary of this research at an invited talk at this year’s Early Career Scientist’s Symposium. More on Rachel’s web site or download the paper from Proceedings B.

Species coexistence: macroevolutionary relationships and the contingency of historical interactions.

Proceedings of the Royal Society B