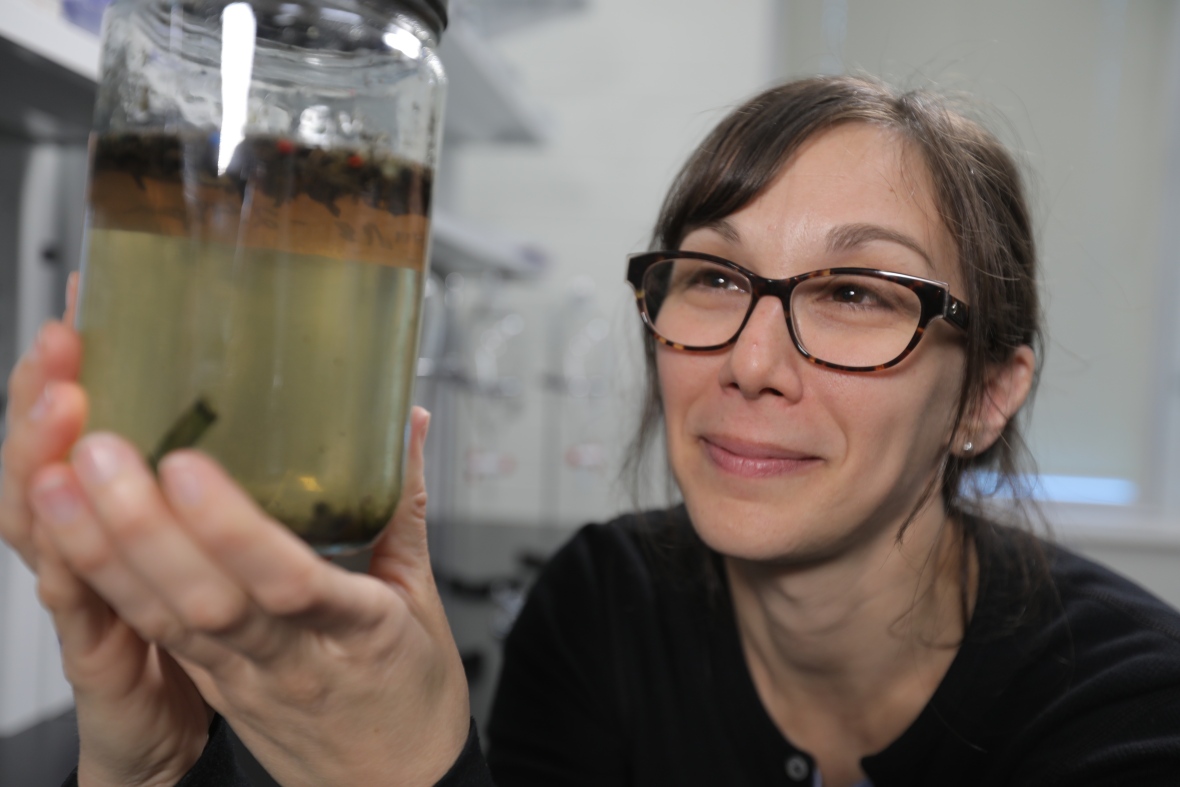 University of Toronto ecologist Chelsea Rochman holds a jar of seawater from San Francisco Bay. Embedded in the top layer of seawater are bunches of confetti-like specks, many of which are likely microplastics, she says. (Dave MacIntosh/CBC).

Rochman said there is evidence that these particles are translocating into other parts of animals such as the livers of fish and mice. Even smaller nanoplastic particles have been found in the brains of fish.

They’re in the air, soil and Arctic ice. There’s even a massive soupy patch three times the size of France strewn across the Pacific Ocean.

Microplastics have been found in almost every environment on the planet, and according to a Marketplace investigation, they are also in Canada’s leading bottled water brands.