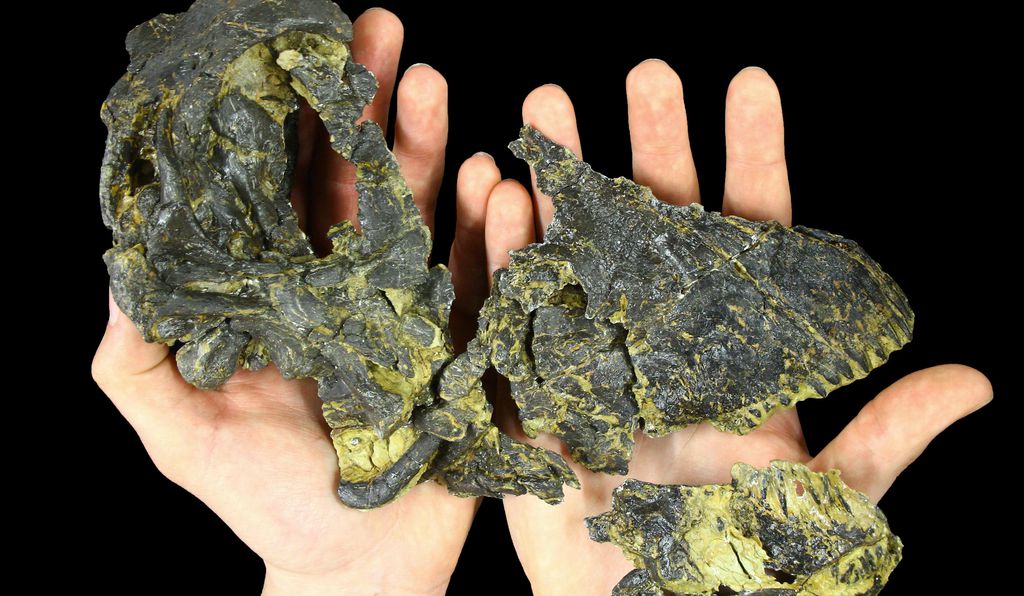 Researchers have freed this potentially record-setting dinosaur from its stony slumber. After uncovering the remains, the scientists published a study Thursday in Scientific Reports, in which they argue that the skull is the smallest yet found from a group of long-necked dinosaurs called diplodocids. The little fellow even has a nickname: Andrew, after the steel baron and philanthropist Andrew Carnegie, who funded paleontology research and has a diplodocid species named after him.

Full coverage can be read here: 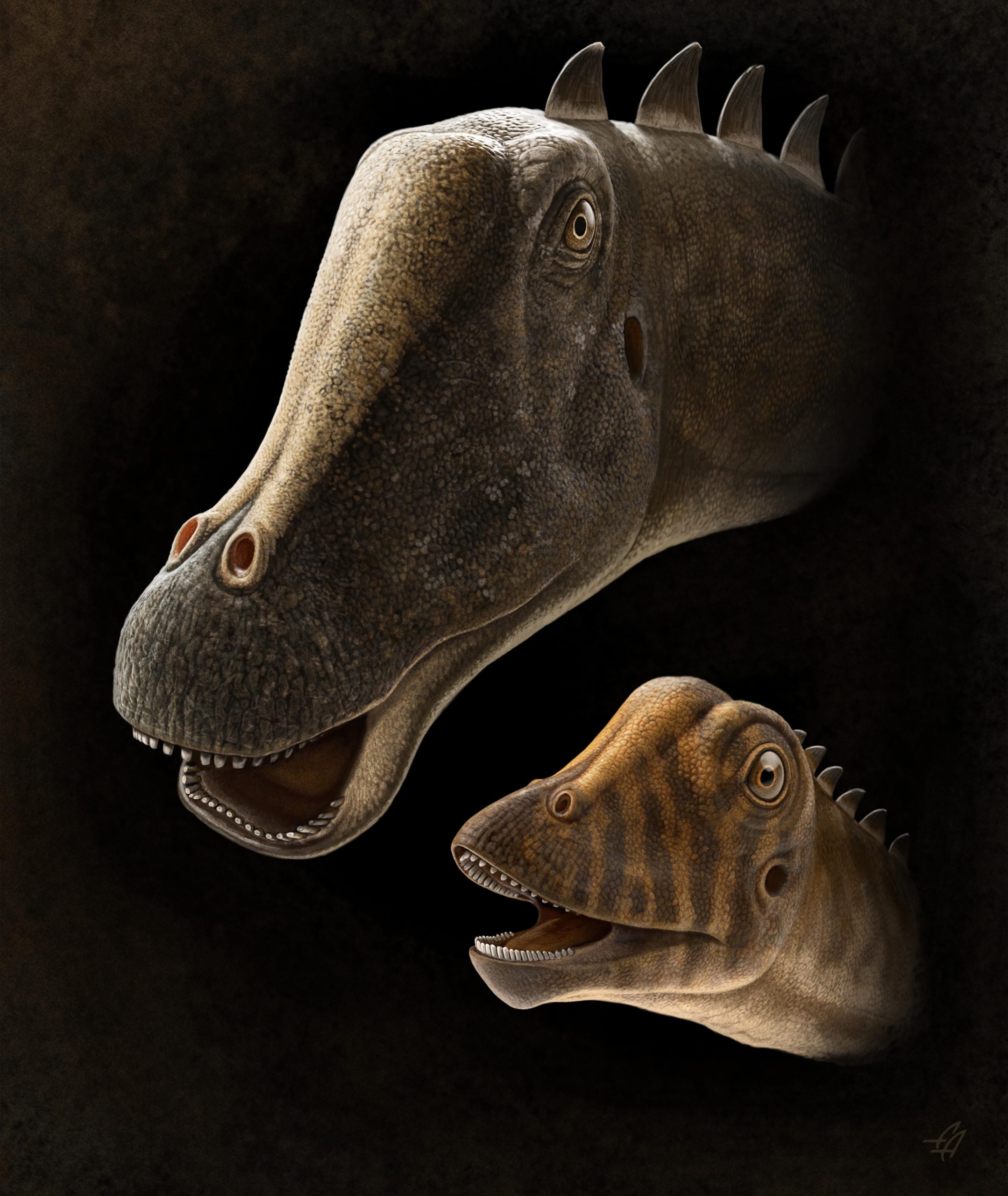 Reconstruction of the young Diplodocus “Andrew” next to an adult, showing how every aspect of the skull radically changes as the animal grows. (Andrey Atuchin)