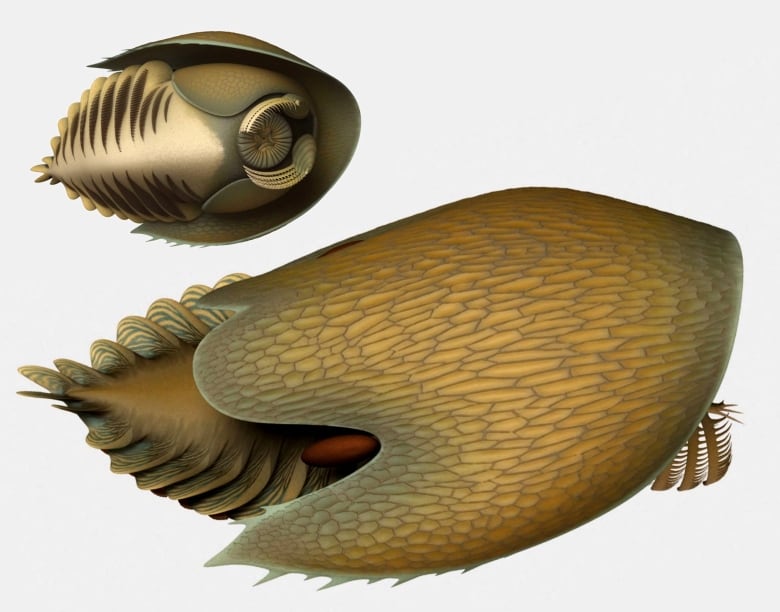 PhD student Joe Moysiuk and Prof. Jean-Bernard Caron at the University of Toronto (Department of Ecology & Evolutionary Biology) and Royal Ontario Museum have uncovered fossils of a large new predatory species in half-a-billion-year-old rocks from Kootenay National Park in the Canadian Rockies.

This new species has rake-like claws and a pineapple-slice-shaped mouth at the front of an enormous head, and it sheds light on the diversity of the earliest relatives of insects, crabs, spiders, and their kin. The large shell that covered the creature’s head resembles the Millennium Falcon, inspiring its scientific name – Cambroraster falcatus.

The findings were announced July 31, 2019 in a study published in Proceedings of the Royal Society B. 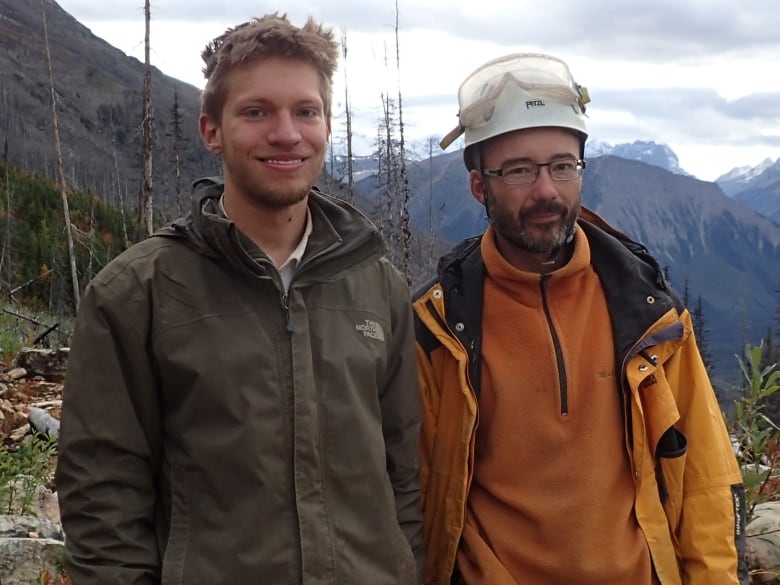 Researchers Joe Moysiuk (left) and Jean-Bernard Caron were part of a team that excavated the fossils at the Burgess Shale in Kootenay National Park. (Photo: Joe Moysiuk/ROM) 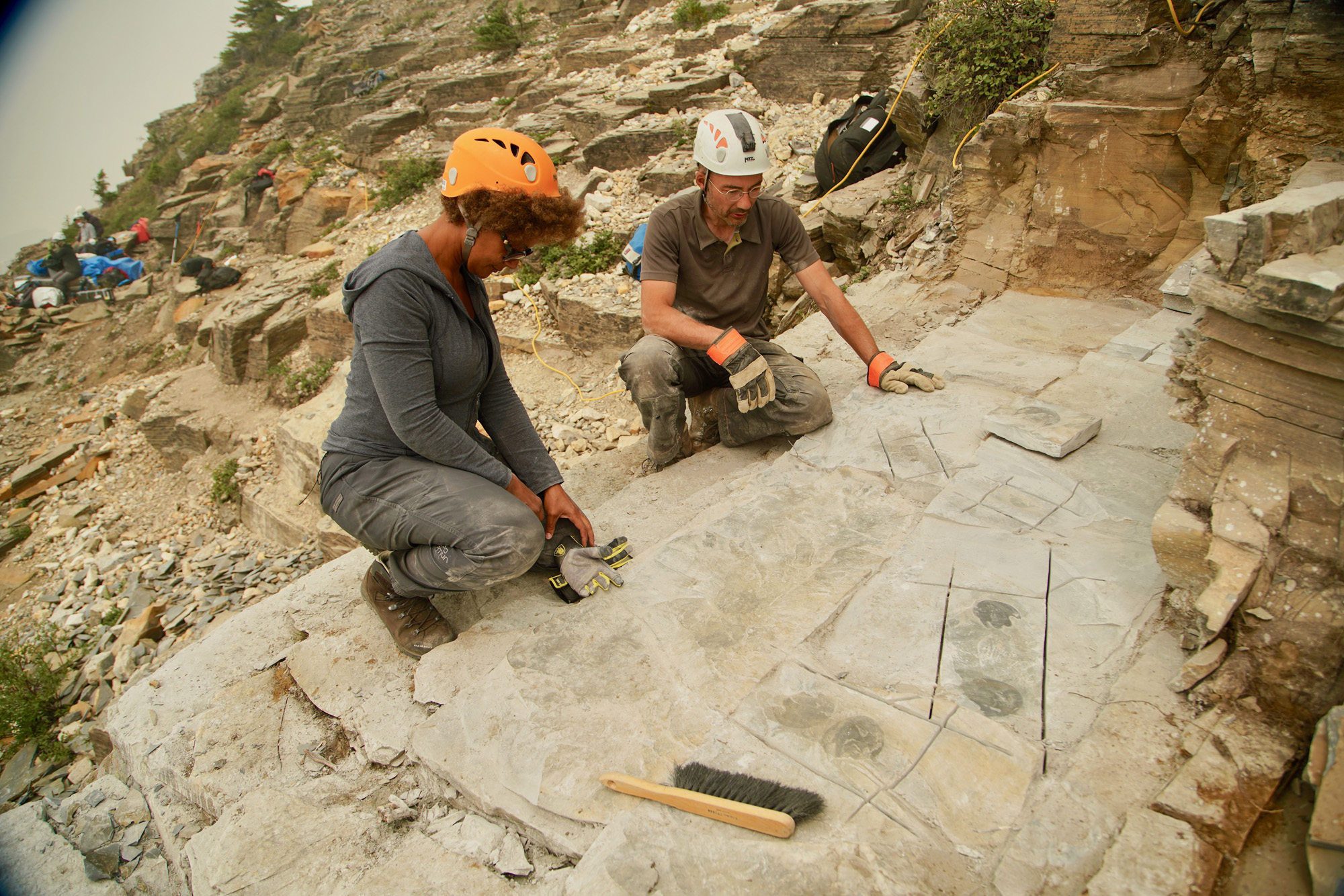 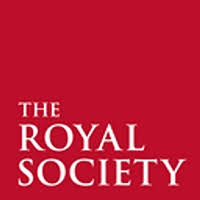