One researcher wants to beat cancer. Another is developing a better malaria vaccine. Yet another is one of Canada’s leading paleontologists.

The three University of Toronto faculty members – Daniel De Carvalho, Jean-Philippe Julien and David Evans – have been named to the Royal Society of Canada’s College of New Scholars, Artists and Scientists.

The college recognizes up-and-coming researchers who have demonstrated a high level of achievement in their careers to date.

“Daniel De Carvalho, Jean-Philippe Julien and David Evans are leaders in their respective fields who exemplify the important work that takes place at the University of Toronto every day across a wide range of disciplines,” says Vivek Goel, U of T’s vice-president, research and innovation, and strategic initiatives.

“We’re extremely proud of their admission to the college and look forward to seeing their research make an impact in Canada and beyond. U of T congratulates them for this impressive appointment.”

Established in 2014, the college seeks to recognize and foster academic leadership and collaboration among those who have received their PhD within the last 15 years. The appointment honours excellence and appointees are granted a seven-year membership. Up to 80 members may be elected each year. 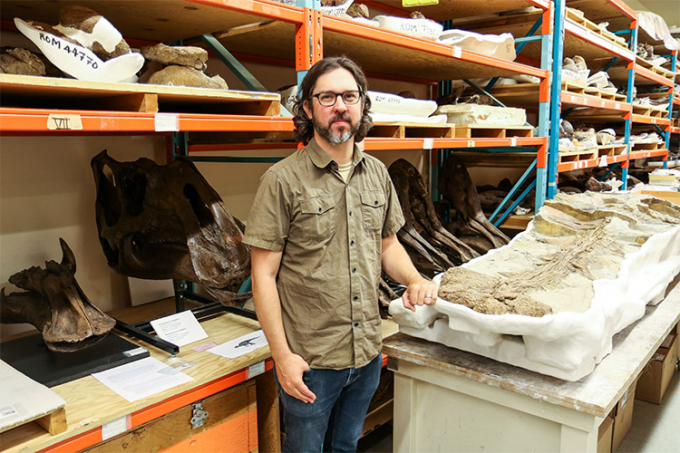 An associate professor in the department of ecology and evolutionary biology in the Faculty of Arts & Science who oversees dinosaur research at the Royal Ontario Museum, Evans studies the Cretaceous Period to understand Earth’s biodiversity crisis today.

The paleontologist is trying to build the fossil record from that “data-rich” period – the one before the mass extinction event 66 million years ago wiped out over 75 per cent of species on Earth, including all the non-avian dinosaurs.

Speaking at his office at the ROM, Evans says his work focuses on fundamental questions about life on Earth at that time. In turn, the data contributes to ecological models that test the resilience of different organisms to extinction, and ecosystems to collapse.

Such work will help us understand the “causes and consequences of mass extinctions,” Evans says. His work takes into account what makes a robust ecosystem, what species are more likely to survive an extinction event and what happens to ecosystems as a result of habitat destruction and sea level and climate change.

“We have a lot of these particular scenarios that have played out in Earth’s history that we can go back to and study to see what the particular consequences of those types of changes have been on the Earth’s biota through time,” says Evans, who joined the ROM in 2007.

From “boots on the ground” fossil digs to collaborations with global research teams, Evans has personally been involved with the discovery of 11 new dinosaur species in the last six years, including a 76-million-year-old armoured dinosaur in 2017.

But there is still work to be done. Only about 900 dinosaur species have been verified in the 150 million years of recorded dinosaur history, says Evans. That pales in comparison to the number of known bird, mammal and reptile species in the present day.

“That’s what I tell a lot of the up-and-coming young paleontologists that I see here at the museum and around the world – that dinosaur discoveries are not running out anytime soon,” Evans says.

“There will be generations and generations of new discoveries to be made and they can make them. We’re not even close to knowing everything.” 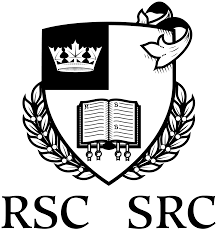