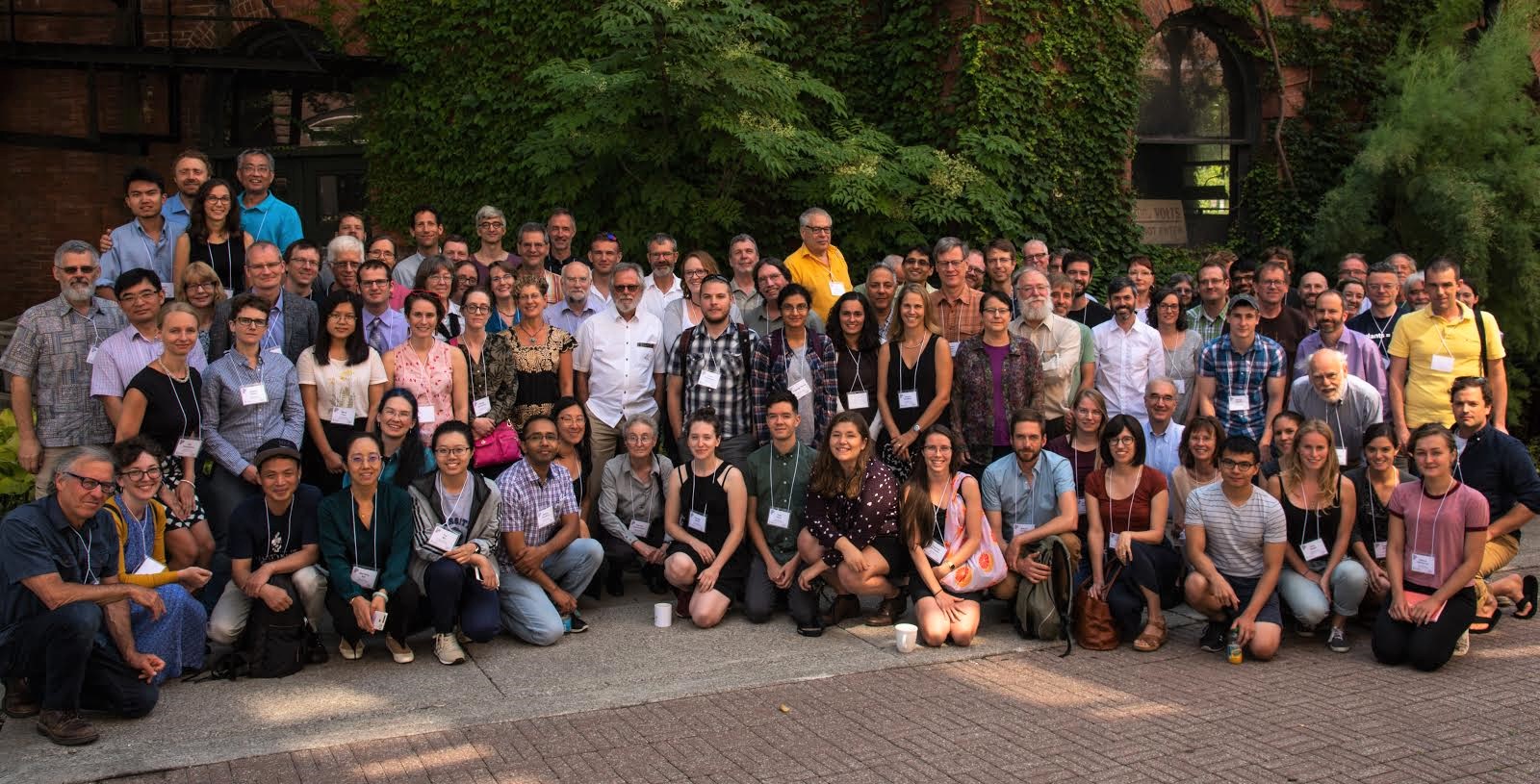 On August 10-11, 2018, the University of Toronto held a symposium “Evolution of Plant Reproductive Systems: From Muddy Boots to Genomics” to honour Emeritus University Professor Spencer Barrett on the occasion of his 70th birthday and 40th year at the university. The meeting, organized by Stephen Wright, Marc Johnson (EEB) and Daniel Schoen (McGill), aptly named “Barrett Fest”, featured talks by eighteen leading scientists from North America and Europe in the fields of ecology, genetics and evolutionary biology, with a particular focus on plant reproduction. In attendance were ~120 of Barrett’s colleagues including many from North America and Europe and some who had travelled from as far away as Australia, Brazil and China.

The symposium opened with an enthusiastic welcome address from the organizers emphasizing the international reach of Barrett’s research and collaborations, his prodigious publication record, and the number of successful and active scientists who have trained in his laboratory as graduate students and post-docs, the majority of whom were in attendance. Following these remarks, Lawrence Harder (Calgary) delivered a biographical lecture “Spencer Barrett’s Voyage of Discovery” in which he highlighted Barrett’s background, scientific contributions and professional distinctions. The lectures that followed were organized into four broad themes characterizing Barrett’s research areas: evolutionary ecology, theory, genetics and genomics and comparative biology. The speakers included former students, collaborators and colleagues and covered a wide range of topics including floral display strategies, flowering phenology, pollen limitation, pollen competition, the evolution of sex and sex chromosomes, mating system and life history evolution, gender strategies, hybridization, genome duplication, clonal reproduction, somatic mutation and much more. The symposium concluded with remarks by Donald Jackson, Chair of EEB, who spoke of Barrett’s service to the department and his important role in undergraduate teaching, particularly first-year biology. Barrett delivered closing remarks where he provided a chronological overview of the diverse areas that have contributed to making the ecology and evolution of plant reproduction one of the most vibrant fields in ecology and evolutionary biology.

A banquet at the University of Toronto Faculty Club followed with Rob Ness (EEB) as the jocular MC and roast master. Highlights of the evening included live traditional Irish music by Chris Eckert (Queen’s University) and Joel Shore (York University), a continuous slide show featuring images of numerous scientists taken by Barrett over the course of his career, a spoof lecture by Professor Art Weis (EEB) on Barrett’s greatest discovery “Mating Stems in the Confectionales”, and other humorous speeches by James Thomson (EEB), Jannice Friedman (Syracuse University) and Brian Charlesworth (Edinburgh) with Suzanne Barrett rounding out the evening with a light hearted summary of her life with an eccentric plantsman. The following day Marc Johnson led a day hike to Crawford Lake and he and colleagues introduced the many foreign guests to the wonderful natural and geological history of the Niagara Escarpment. 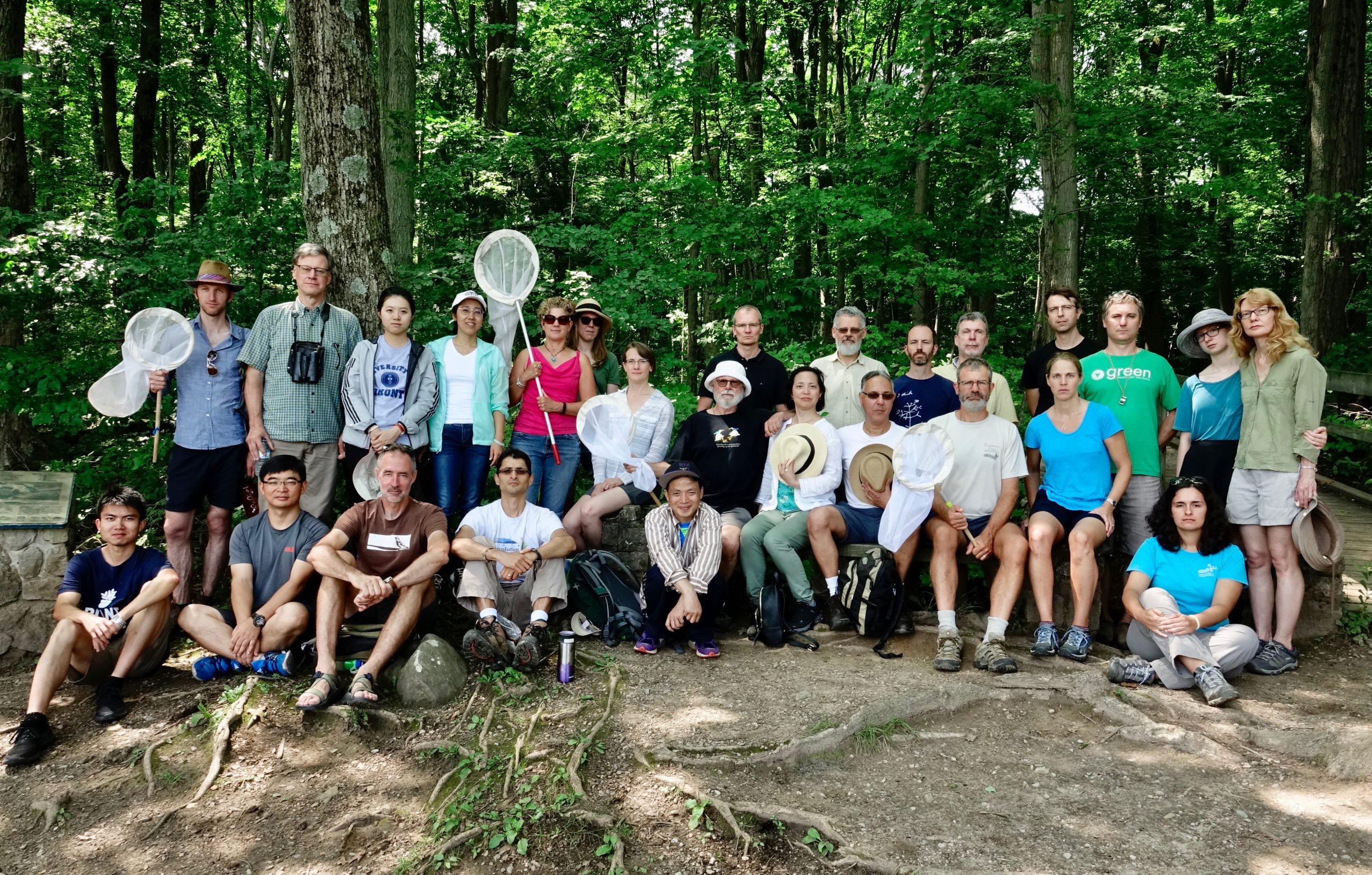 Barrett Fest was funded by EEB, The Dean of Arts &Sciences, and the New Phytologist Trust.