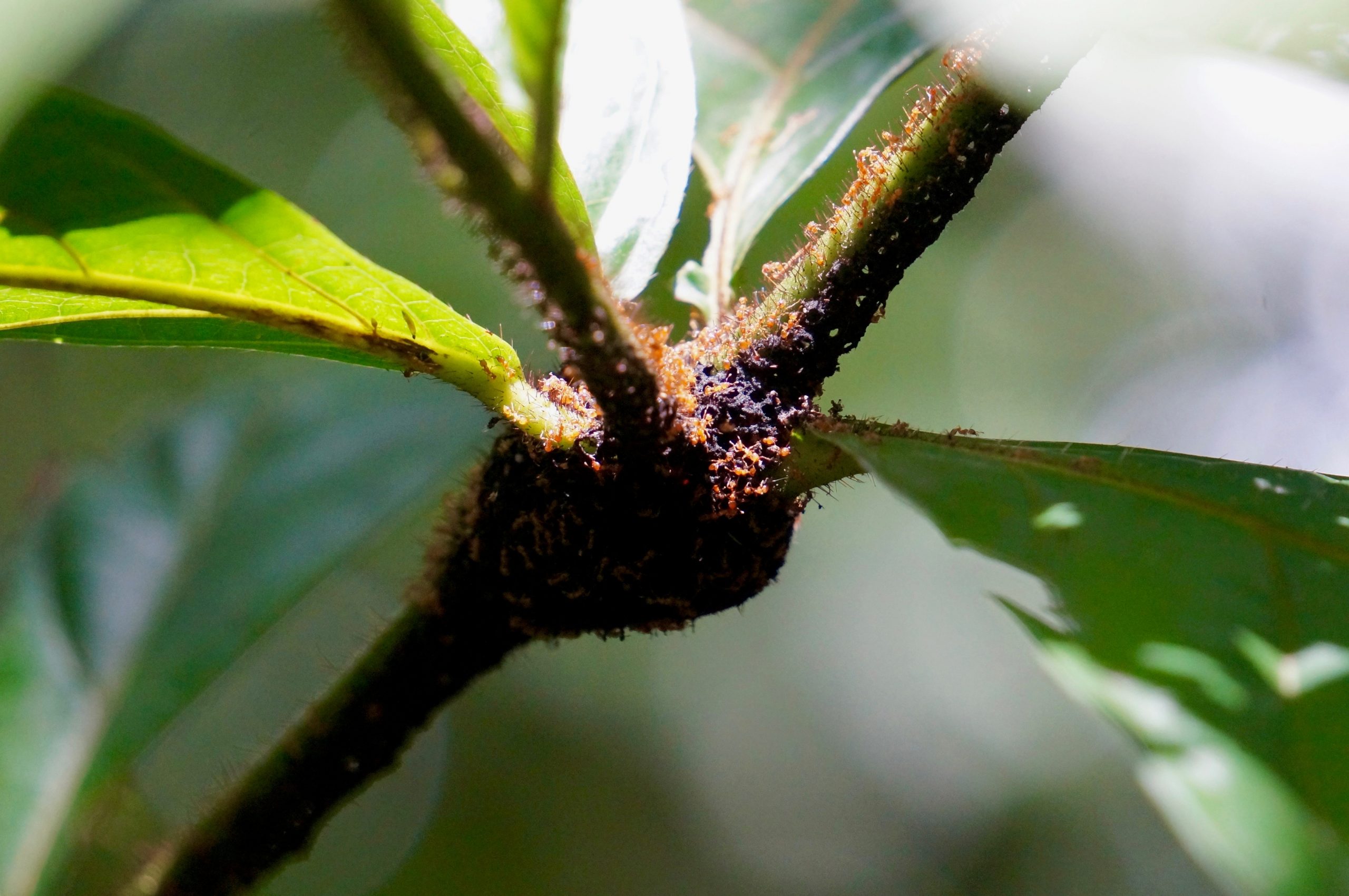 The Amazonian ant Allomerus octoarticulatus protects its host plant Cordia nodosa against the plant’s enemies. This ant species is one of over 400 mutualistic ant species in a new database that was assembled by text-mining the ecological literature. Photo: Chris Reid.

New research led by ecologists at the University of Toronto shows that mutually beneficial partnerships between ants and plants that arise from the rapid diversification of both organisms do not in turn promote further diversification in ants as they do in plants.

In such co-operative relationships — known as mutualisms — plants provide ants with food or shelter, while ants protect plants against herbivores or disperse their seeds. Previous research has shown that plants with ant partners diversify faster, showing a bigger difference between extinction rates and the rise of new plant species than do other plants not involved in similar relationships.

“We wondered if plants similarly affect ant evolution and found that is not the case,” says Megan Frederickson , associate professor in the Department of Ecology & Evolutionary Biology (EEB) in the Faculty of Arts & Science at the University of Toronto, and senior author of a study published today in PLOS Computational Biology .

The researchers hypothesized that ants would first evolve mutualism with plants and then further diversify as plants do. But a computer-generated model based on data extracted from over 89,000 previous research studies suggests ants that are already rapidly diversifying are more likely to slow the process once they evolve a plant partnership.

“To our surprise, the intimate and often beneficial relationships that ants have with plants apparently did not help to generate the over 14,000 ant species on Earth today,” says Katrina Kaur , lead author of the study and a recent graduate of EEB’s Master of Science program. “Mutualism may put the brakes on the rise of new species or increase the threat of extinction because an ant’s fate becomes linked to its plant partner’s.”