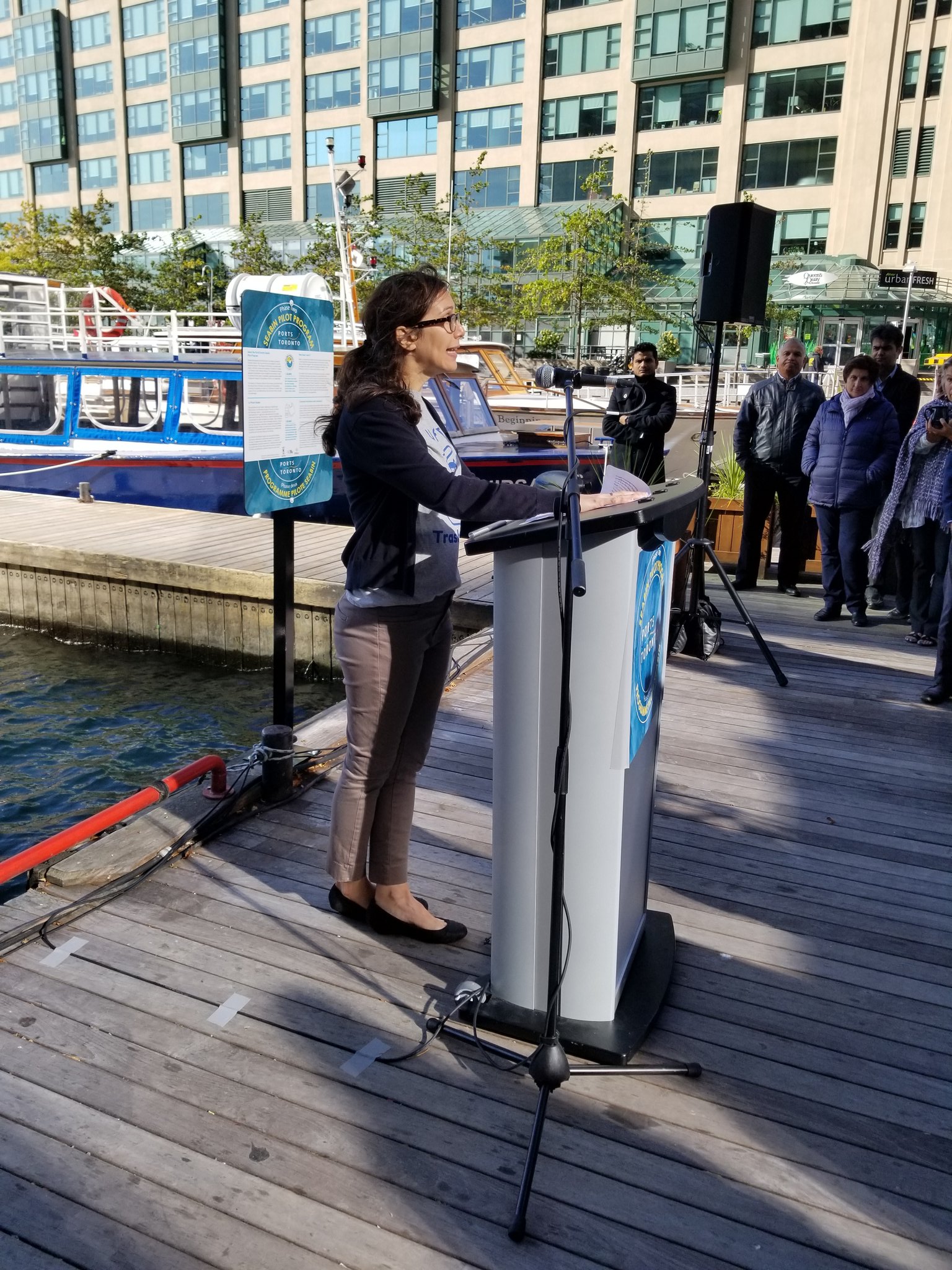 Following the success of this summer’s Seabin Pilot Program at Toronto’s Outer Harbour Marina, PortsToronto today announced the launch of phase two of the project which includes the deployment of two additional Seabins in Toronto’s harbour. Secured to a floating dock positioned in the northeast corner of the York Street Slip, the new Seabins are the first to be installed in a North American harbour and can collect litter ranging from larger plastics to microplastics, as small as 2 millimetres, as well as hydrocarbons such as fuel and oil. With the capacity to collect upward of 4 kilograms of debris in one day, filtering as much as 1.4 metric tons of trash per year, the new Seabins are strategically positioned in the slip to enable the wind and currents to push debris in the Seabins’ direction.

To ensure that the Seabins also serve a research and education function, PortsToronto has taken the added step of partnering with the University of Toronto Trash Team on a student-research project led by Dr. Chelsea Rochman, Assistant Professor of Ecology and Evolutionary Biology. As part of this collaborative initiative, students from the Rochman Lab will collect and analyze the plastics and microplastics captured by the Seabins to determine the origination of some of these materials. This process will, in turn, better inform the Trash Team’s solutions-based research and community outreach program which ultimately seeks to increase waste literacy and prevent plastics and microplastics from entering waterways in the first place.

“Given the success of PortsToronto’s Seabin pilot at the Outer Harbour Marina – the first commercial installation in Canada – it made sense to take the program further and deploy additional Seabins within Toronto’s inner harbour,” said Geoffrey Wilson, Chief Executive Officer, PortsToronto. “At PortsToronto, we recognize that the waste collection facilitated by the Seabins, is just one step toward eliminating harmful materials, such as single-use plastics and microplastics, from our waterways. The next step is learning from this waste in an effort to educate and change behaviour, and that is why we have undertaken a partnership with groups such as the University of Toronto Trash Team, and the broader waterfront community, to keep Toronto’s harbour clean.”

“In our lab at the University of Toronto, we find large plastic debris and microplastics in our local rivers, in the Toronto Harbour and in Lake Ontario,” said Dr. Chelsea Rochman, The University of Toronto Trash Team. “This litter leads to contamination of the local fish and contamination of our drinking water. We established the U of T Trash Team to increase waste literacy in our community and help translate the science to the people that make decisions on our waterfront. Naturally, we partnered with PortsToronto at inception to explore collaborations that bring technologies to our waterfront to capture plastic pollution before it contaminates our lake. Since day one, PortsToronto has been supportive of our mission and we are thrilled to partner with them on this fantastic initiative that will further plastic prevention, research and community outreach.”